Today we will be discussing WisdomTree bring passive investing to the blockchain. Next we'll look at Coinbase NFT marketplace and the lackluster performance since launch, finally we'll talk about DeFi Kingdoms and the exploit that has resulted in over a 90% loss of the JEWEL token's value.

Around the Blockchain is your favorite Cryptocurrency show discussing Bitcoin, Ethereum, Cardano, and the top altcoins. Our four crypto experts include Crypto Factor, Crypto Crow, Crypto Stache, & Johnny Hopper. Tune in for their insightful crypto analysis!

Don't forget to check out our guests' socials! 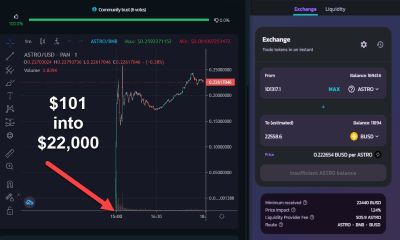 Crypto Gaming Portfolio That Can Turn Pennies Into Millions!

Make Money Doing THIS In WEB3!

About the Author: Crypto Prices